How to Install a Kickstand on a Mountain Bike (with Video) 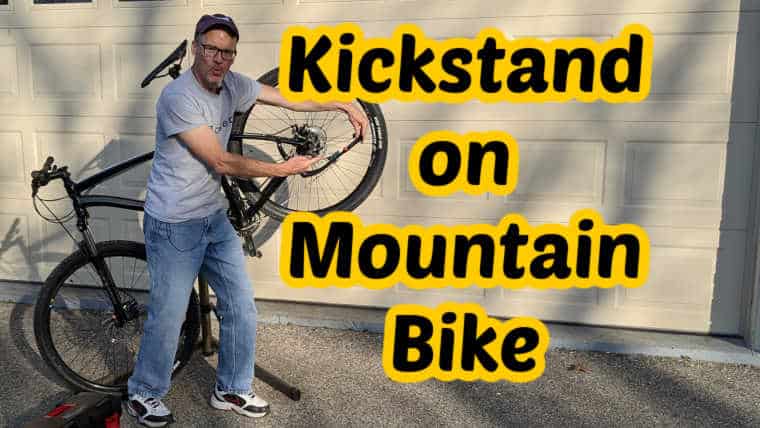 But, before we go any further, a confession: when I worked in bike shops, we always tried to talk people out of installing kickstands on mountain bikes. In fact, we used to snicker derisively about customers who brought their mountain bikes to us for kickstand installation. I’m not proud of this.

That was a long time ago, however, and there weren’t mountain bike kickstands, just street bike kickstands that were installed at the bottom of the frame with two bolts and tended to rattle loose during bumpy single track mountain bike rides. Kickstands are still a mountain bike accessory that’s very much subject to personal preference, so we’ll go into the pros and cons below.

Step by Step instructions for Installing a Mountain Bike Kickstand

If you’ve decided to install a kickstand on your mountain bike, the first thing you’ll want are the right tools.

Tools Needed to Install a Kickstand on a Mountain Bike

Step 1: Select and Purchase a Universal Kickstand or a Mountain Bike Specific Kickstand

For these instructions, we’ll be using the Rock Bros Mountain Bike kickstand, which we highly recommend for several reasons:

This video is the easiest way to learn how to install a mountain bike kickstand.

Pros and Cons of Installing a Kickstand on a Mountain Bike

Why were we, as mountain bike mechanics and gear junkies, snickering all those years ago about people who want kickstands installed on mountain bikes? To be honest, I’m sure part of it was ego, the macho view that you should spend more time riding your bike than leaning it on a kickstand. But, ego aside, there are several drawbacks to kickstands on mountain bikes (even with the technological advancements since my days as a mechanic):

If you don’t want to install a kickstand on your mountain bike but also don’t want to lay it on the ground, here are some alternative ways to keep your bike upright:

People who have come to love biking through paved recreation paths and road cruising are often surprised when they make the jump to mountain biking. Why doesn’t this bike have a kickstand? they often ask, assuming a kickstand is as customary to bikes as pedals. So, why don’t mountain bikes come with kickstands?

To Kickstand or Not to Kickstand: That Is the Question

Would I choose to install a kickstand on my own mountain bike? No. But mainly because I don’t find it necessary, not because it’s a bad idea.

The choice is yours, and with this article and video, you should know everything you need about installing a kickstand on your mountain bike!

Professional writer Kat Jahnigen was 2 miles from the nearest village – and roughly 2,310 miles – from the nearest English-speaking town – when her bike tire burst. At that time, she was a college student on a bike trip across the desolate, rocky island of Crete. It suddenly occurred to her that it would’ve been good to learn some basic bike repairs before setting off on a solo bike trip.

Sign up below to get the FREE INDOOR MTB Workout