17 Facts About Mountain Biking (a Couple Will Make You Wonder) 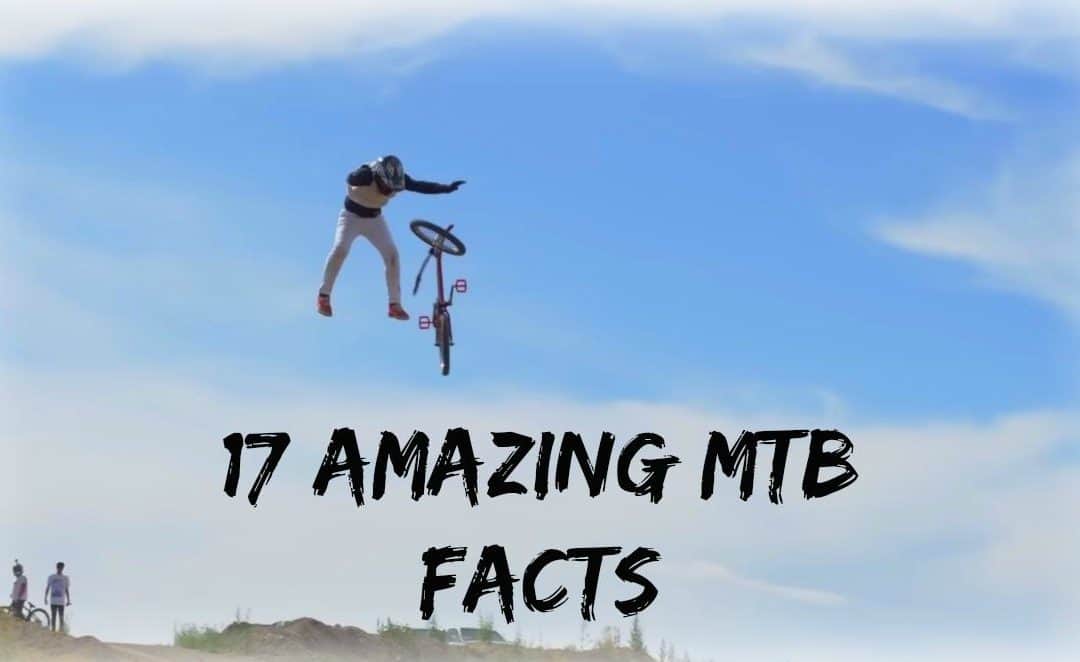 With over 50 Downhill Mountain Biking Parks in the USA and more being developed all the time, I would say MTBing is returning to its roots. Modern mountain biking started in the USA with some often heard names like Gary Fisher, Charlie Kelly and Tom Richie. It entailed converting old heavy frame Schwinn Cruisers from the 1930’s and 40’s into downhill racers.

It was during these times that

the modern frame designs and other innovations were developed which later established the term MountainBike. (Gary Fisher’s First Bike Company)

The races in the mid to late 1970’s were all freewheeling DOWN mountain dirt roads.

A funny story I heard was that a popular route was called “repack” mountain. It seems that the coaster brake hubs used on the bikes would get so hot that they would smoke and all the grease would flow out. This caused the riders to “repack” the hubs before running down the mountain again. Check out this video of original Repacker Charlie Kelly riding the repack trail in 2008.

2. Speed Record for a Mountain Bike

Those welded-on and modified Schwinn fat tire cruisers of the 1930’s and 40’s were called Kluckers. A homegrown film from 2007 documented the word in KLUNKERZ: A Film about Mountain Bikes. (Amazon Link if you like to get it)

It seems like what was old, is new again. In the late 1930 SUPER BALLOON TIRES were introduced, these tires were an amazing 2 inches wide with the benefit of softening the ride and improving traction. With the latest move to “Fat Tire Bikes” companies are marketing tires over 5 inches wide!

It pains my behind to just think about this, but on October 11, 2015 Adrian Ellul rode over a 1000 Kilometers in 48 hours. Can you image pedaling over 624 miles in 48 hours? An amazing feat of endurance. Not even calculating in breaks, that’s an average of over 13 miles an hour. On my local single track a 13 mph average would be fast.

7. Is Mountain Biking a True Sport?

Back when the Re-Packers started, the races were about bragging rights and a beer. By the mid-1980’s the first MTB club Laguna Rads held the first sanctioned MTB race called the RADS Challenge, which is still held today.

By 1996 MTBing became an Olympic Sport, which I would say defines mountain biking as a true sport. So a group of self proclaimed California hippies created mountain biking in the mid-1970’s that by 2012 represented 25% of all the bicycles sold. Source: NBDA

On my local trail, there’s a skinny which drops into a little 10 foot jump/drop. At my skill level this is a thrill, but could you image the guts it would take to try a TRIPLE BACKFLIP on a mountain bike? Maybe guts is the wrong word, but Gavin Godfrey accomplished this amazing feat in 2014. Check it out in this link to the YOUTUBE Video – First Triple Backflip on a Mountain Bike

In 1981 Mike Sinyard started a little bike company called Specialized. The goal was to “make a bike on a production basis but as though it was a custom bike.” Called the STUMPJUMPER it was a steel framed bike based on those MTB pioneers Tom Richey, Gary Fisher and Charles Kelly. Amazingly the Stumpjumper is still sold and the MTB I’m building for my daughter is a Stumpjumper.

What I find truly amazing is that I own a 1937 Schwinn that has been restored by a museum curator I park it next to a Gary Fisher MTB, and as an added bonus I’m building a Stumpjumper for my daughter.

How much is enough? In my article “What is Mountain Bike Travel” I define travel, but while researching forks and shocks I found commercially available 230mm to 250mm suspension systems. Crazy! This is approaching 10 inches, compare this to a racing motocross MOTORCYCLE weighing hundreds of pounds with 12 inches of suspension travel.

My inspiration for digging this amazing fact up was thinking about those relaxing back of the mountain ski runs. You know, those meandering long runs that a whole family can do together. Instead of an adrenaline filled black diamond downhill and calming 5 minute saunter.

What I found was an incredible 3-day mountain bike trip in Nepal down the longest ride-able trail on earth. Starting at 17,700 ft elevation you descend for THREE DAYS. Image not pedaling for days as you navigate down the 7th highest peak in the world into the deepest gorge in the world.

I was a little intimidated when I read that the first 10 km was considered a no fall zone. Meaning a crash would mean a long fall over a cliff. Experts guide you, while you ride top of the line full suspension freeride mountain bikes. Travel to the mountain top is by either vehicle or helicopter depending on your budget.

If this kind of trip is for you it is exclusively offered by Lost Earth Adventures (link to Lost Earth Website).

According to Guinness World Records, Cam Zink executed a dirt to dirt jump of 36.49 meters (119.7 ft) on August 21, 2014. It’s been an ongoing debate that Fabio Wibmer beat this record in 2018 while filming in Saalbach, Austria.

Endurance? Stamina? Pedaling 577 Kilometers in 24 hours is an incredibile feat. Without stopping you would have to maintain a speed of around 15 miles per hour. This kind of endurance is almost beyond understanding. Read more about it at this article: World Record Distance Cycled in 24 Hours.

I struggle with a couple climbs at my local single track. I live in Michigan so a big hill for us is 400 feet. In fact we don’t actually have any mountains in the state. But every July, Leadville CO host a 100 mile staged race that starts at 9,200 feet for the low point and has a high point of 12,424 in Columbine Mine.

A sub-12 hour time is required to be considered an official finisher. If you’ve got STRONG lungs this might be for you. Link here – LEADVILLE Race Series

Mountain biking is about the jumps. Those crazy suspensions are designed to soak up impacts and still allow the ride to control the bike. Picture jumping over 100 feet and just to make it a little more interesting tossing in a back flip. Read about it in this GWR Longest Dirt to Dirt Mountain Bike Backflip. (link to GWR) or even better watch it on YOUTUBE Here: Cam Zink’s 100 Foot Backflip

The Great Divide Mountain Bike Route is 3,083 miles of dirt road and trail riding along the Continental Divide. Considered the longest off-pavement MTB route in the world. 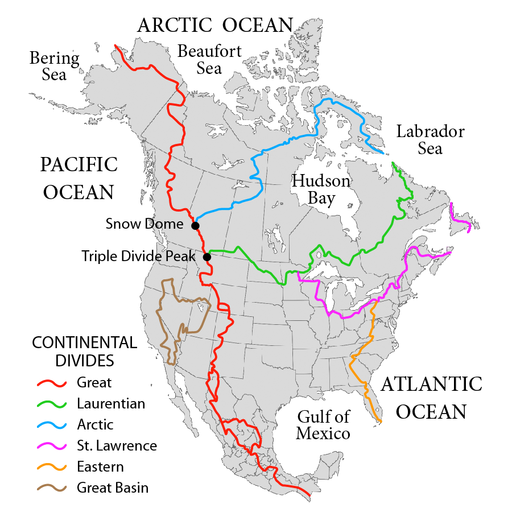 Folks usually start in the north and travel south for 6 to 10 weeks. Some sections span over 100 miles without food or water so you’ve got to plan accordingly. This route will treat a rider with 200,000 feet of elevation gain with snowy mountains and deserts mixed in to spice up the trip.

If you love pedaling and want to accomplish an American Top 100 Adventure the GDMBR might be for you. The route is maintained and and mapped by the Adventure Cycling Association, check it out here for inspiration Great Divide Mountain Bike Route

17. How the Olympics Affect Mountain Biking

The graph below shows some interesting things: