What is a Presta valve? Is it better than a Schrader valve? 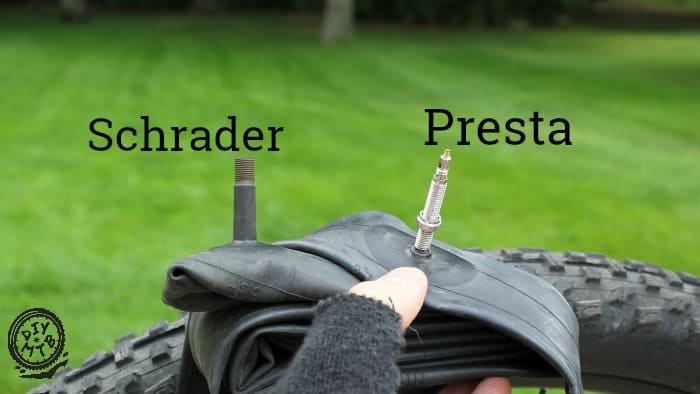 My riding buddies are always talking about Presta vs. Schrader valves? What’s the difference, and what is a Presta valve?

What’s the big deal with Presta valves? It’s just a valve, isn’t it?

Presta valves are skinny (6mm in diameter) needle-like inner tube valves you’ll find on pretty much all road bikes and more expensive mountain bikes. The Schrader is the traditional valve you find on car tires and many bicycle inner tubes.

In the whole scheme of the universe, any valve will do. Still, for most avid mountain bike riders, the Presta valve is superior. The main reasons for Presta valve superiority are:

When I first started riding, I didn’t know the difference either. And I didn’t think it was a big deal. Now, if someone pulls up on the trailhead with Schrader valves, I know they’re probably a rookie rider (more on this later).

For road bikes it’s a no brainer. Since the Schrader valve has a larger 8mm diameter, a larger rim hole is required. Thin road bike rims might be weakened by a larger valve hole. That’s why road bikes use Presta.

The mountain bike rim is thicker and stronger, but I still prefer to have as much support as possible. Two millimeters doesn’t make a difference, until it does. Granted, I’ve never seen a bike rim fail at the rim hole, but I’m sure it has happened.

Also, for downhillers or all-terrain mountain bikes, the big tires/thick rims might need a longer valve. There’s more variety to be found among Presta equipped tubes than Schrader.

You get more choices with Presta tubes

Presta valve tubes come in more shapes and sizes than Schrader for the mountain biker. For example, if you want an ultralight tube, you’re more likely to find one with a Presta valve. If you need a heavy duty tube, there’s probably a Presta model at your local shop.

If your looking for how to inflate a presta valve check out this article. I was stuck at a gas station once and couldn’t air up my tire. Major bummer until I bought an adaptor. Here’s the article that explains more. How to Inflate a Presta Valve

Presta valves will fit any bike rim. Schrader valves might not.

Since Presta valves are thinner, they should fit onto any bike rim. The thicker Schrader valve might not fit into a rim drilled precisely for the thinner Presta valve. Some people drill larger holes in their rims to be able to accept both. Drilling holes in rims scares me so I don’t do it.

How to use a Presta valve

You may have to use a bit of pressure to get the pump head to engage correctly, but be careful not to bend the valve. Most Presta pump heads come with a lever that locks the head onto the valve. Once the pump is locked down, pump away.

After your tire is inflated to the pressure you like, unlock the pump head and remove the pump. Now, screw closed the valve pin. Don’t hamfist it – close it just snug enough or you’ll risk breaking the valve.

Presta tubes also come with a plastic cap. I tend to keep this on to protect the valve.

How do I deflate a tube with a Presta valve?

To deflate a Presta valve tube, just unscrew the valve pin and press down. The loud hissing noise scares my dog so I try not to deflate with her nearby.

Can I repair a Presta valve?

Repairing a Presta valve depends on the damage done. If you’ve sheared off the valve completely, then forget it. If the valve core is broken, you might be able to replace it if the core is the unscrewable type. If not, you’re going to have to replace the entire tube.

If you use Slime anti-flat tire sealant, then replaceable cores are better. Presta valves can get clogged up with sealant. The fix for this is valve core replacement.

Can I use a gas station pump to fill a Presta tube?

Gas stations are for cars, so the air pumps there are designed for Schrader valves. Still, you can buy a little brass adaptor that lets you to use a Schrader pump on a Presta valve.

When using the adapter, make sure you open the Presta valve first. Then screw on the adapter and you can pump air normally. I keep my adapter screwed onto the valve at all times. Otherwise, I’m certain to misplace it in my pack.

Do I need a special pump to fit a Presta valve?

Any good bike specific pump will fit a Presta valve. Many pumps are adaptable to both Presta and Schrader. To inflate Schrader, or car tire style valve, you have to push open the spring valve in the middle. The Schrader pump head has a pin in the center to press the valve open.

Do not use a Schrader pump on a Presta valve. If you force the pump pin onto the valve pin you might damage it. The Presta pump head opening is narrower and has an empty center.

You can find pumps that have two separate heads or exchangeable heads. Ask your bike shop guru how to make the swap.

This is a tiny nut at the base of the valve next to the rim. Some people ditch this to save weight, but even for a gram counter like me, that’s overkill. The lock nut also serves to stabilize the valve while pumping air.

Who invented the Presta valve?

Legend has it that the Presta valve was invented in the 1920s by a Frenchman named Sclaverand. In some places, the valve is called the Sclaverand valve or French valve. Sclaverand worked for a company that eventually morphed into Zéfal which still makes bike pumps and accessories today.

I’m not sure if any of this is true, but the Internet says so.

Is any of this stuff about Presta valves true?

The reality is that Presta valves probably aren’t any better than Schrader. Presta valves are definitely more fragile. Back when it was invented, the thinner diameter Presta might have been important. With modern day engineering, however, the 2mm isn’t a big deal.

Also, I’m not convinced that they hold air better. Some mountain bike rear shocks are outfitted with Schrader valves that hold very high pressures. Plus, you don’t have to fill your car tires with air all the time. As far as variety goes, yes, the advantage goes to Presta — until the industry starts making more Schrader models.

It might just be an image thing at this point. So maybe Presta is just for stuck up riders, like me, who can act like they know more than the rookie rider at the trailhead.

Just when you thought you knew everything, think again. There’s actually a third bike tube valve, called the Woods or Dunlop valve. It’s used in the Netherlands, Asia and South America. This third valve kind of looks like a thicker Presta valve.